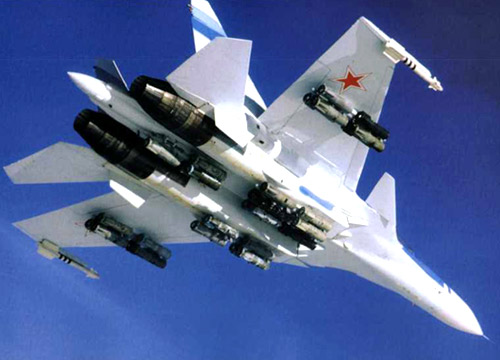 Rosoboronexport deputy general director Alexander Mikheyev said on Friday that Ethiopia was interested in acquiring the Su-30MKIs. “We are in consultation with Ethiopia about a possible sale of these aircraft. We proposed to modernise them in order to improve their tactical and technical characteristics and equip modern air-to-ground missiles,” RIA Novosti quoted him as saying.

“If the customer is willing to fund operations, we are ready to make repairs, upgrade and deliver the aircraft within four to six months,” Mikheyev said. At present, four ex-Indian Su-30MKIs are being refurbished.

India has ordered more than 200 Su-30MKIs in a number of batches. The early models delivered were basic aircraft without features like canards and thrust vector controls, and it is these 18 early model aircraft (ten Su-30MK and eight Su-30K fighters) that were returned to Russia in 2003 and replaced with more advanced Su-30s.

Last year, at the time of the September Africa Aerospace and Defence show held outside Pretoria, Mikheyev said that Russia was ready to export Su-30s to Africa, especially to countries like Uganda, Angola and Ethiopia. Angola received six Su-30MK2 multirole fighters last year and may buy another six.

Ethiopia has a relatively well equipped, trained and maintained air force, which is one of the most capable on the continent. Its fixed wing combat fleet includes roughly a dozen MiG-21s, a dozen MiG-23s, eight Su-25s and a dozen Su-27s. The SU-27s were bought in the late 1990s and used in combat against Eritrean MiG-29s.