ICL to partner with Allana in Ethiopian potash mine 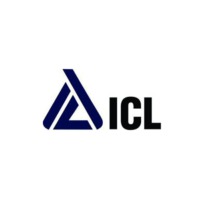 rs) – Israel Chemicals (ICL) said on Thursday it would partner with Canada’s Allana Potash to develop a potash mine in Ethiopia in a deal which includes ICL taking a stake in Allana.

The feasibility study for the Danakhil project in the Dallol region of northeast Ethiopia indicates it will produce about one million tonnes of potash annually within five years.

The alliance comprises an investment by ICL of $23 million in units of Allana shares and warrants at 43 cents per unit.

Following its initial investment, ICL will hold 16 percent of Allana’s regular shares and it may increase its holding in Allana to 37 percent upon its exercise of warrants that are part of the units.

Proceeds of the investment will be used by Allana to develop the Danakhil mine project.

The alliance also includes an agreement in which ICL, the world’s sixth-largest potash producer, will purchase and market the output of the mine. It will provide technical assistance to Allana as well.

The partnership is in line with ICL’s strategy to broaden its sources of raw materials while reducing its production costs and focusing on growth-generating emerging markets which it believes will drive significant growth over the next decade.

ICL, which has potash mines in Israel, Spain and Britain, sold over 5 million tonnes of potash in 2013.

“The Danakhil mine will provide potash for Ethiopia and Africa, and, combined with ICL’s agronomics fertilisation know-how, will enable local farmers to increase agricultural output and food for the region,” ICL Chief Executive Stefan Borgas said.

“The location of the Danakhil mine will provide us with fast and easy access to the Indian Ocean, which will enable us to even better serve our customers in India and South East Asia.”

ICL, which is controlled by Israel Corp, said developing sources of raw materials worldwide was an important objective, especially in light of its need to ensure additional alternatives when the time comes to extend its franchise to produce potash from the Dead Sea, which expires in 2030.

It also noted “the uncertainty regarding the business and regulatory environment in Israel”.